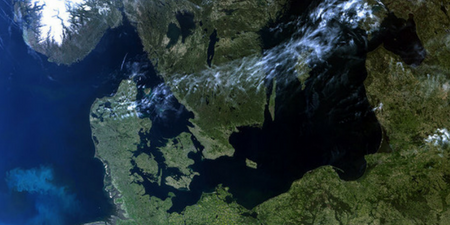 Only a few weeks after it was launched, the Copernicus Sentinel-3B satellite has delivered its first images of Earth. Sentinel-3B is the seventh Sentinel satellite launched for Copernicus. Each mission carries different state-of-the-art technology to deliver a stream of complementary imagery and data to monitor the environment.

The satellite captured the images that show the transition between day and night over the Weddell Sea in Antarctica. It also captured swirls of sea ice off Greenland on the same day. Another in this first set of images offers a rare cloud-free view of northern Europe.

It shows how the satellite is set to play it’s role in providing a stream of high – quality environmental data to improve lives, boost the economy and protect our world.